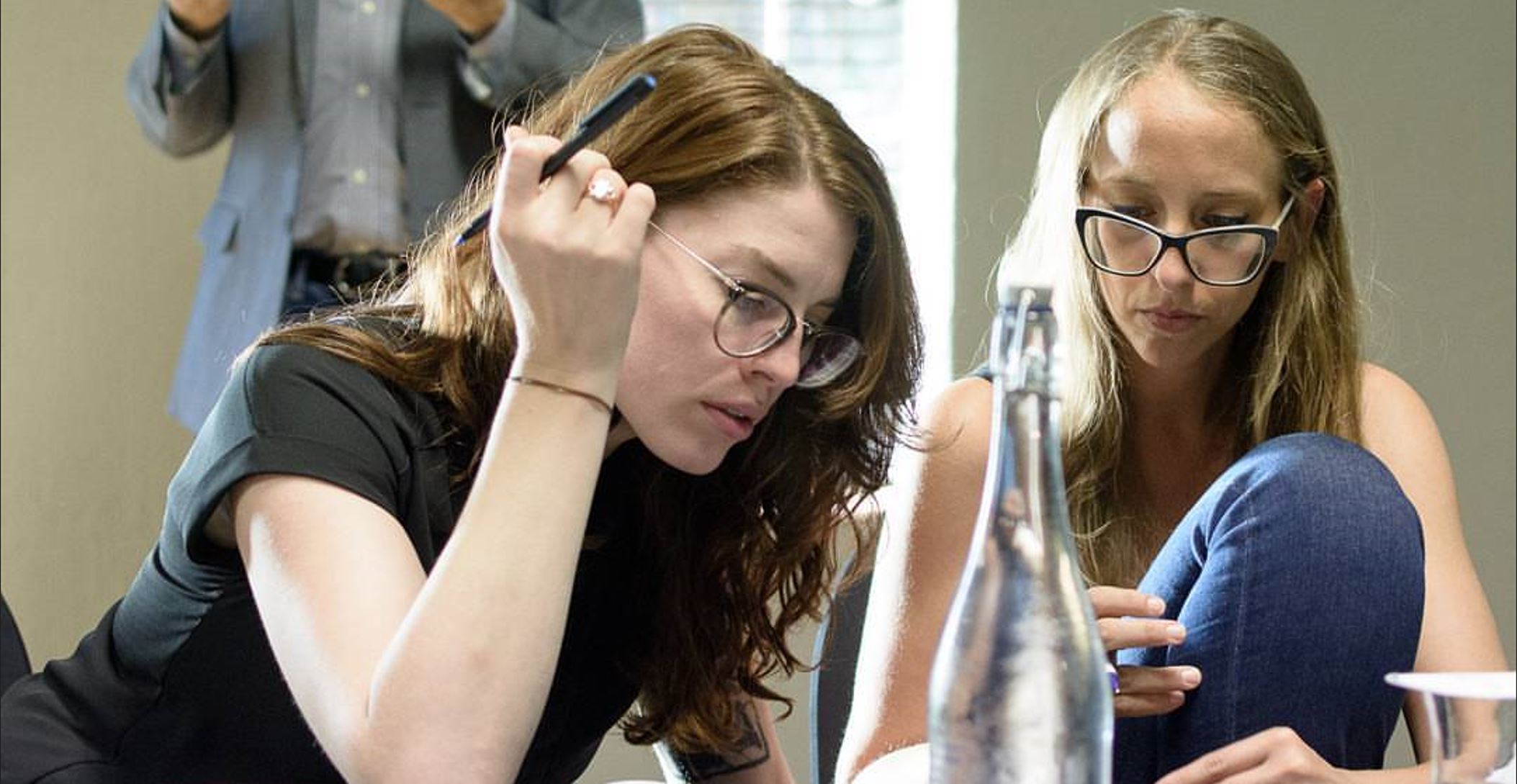 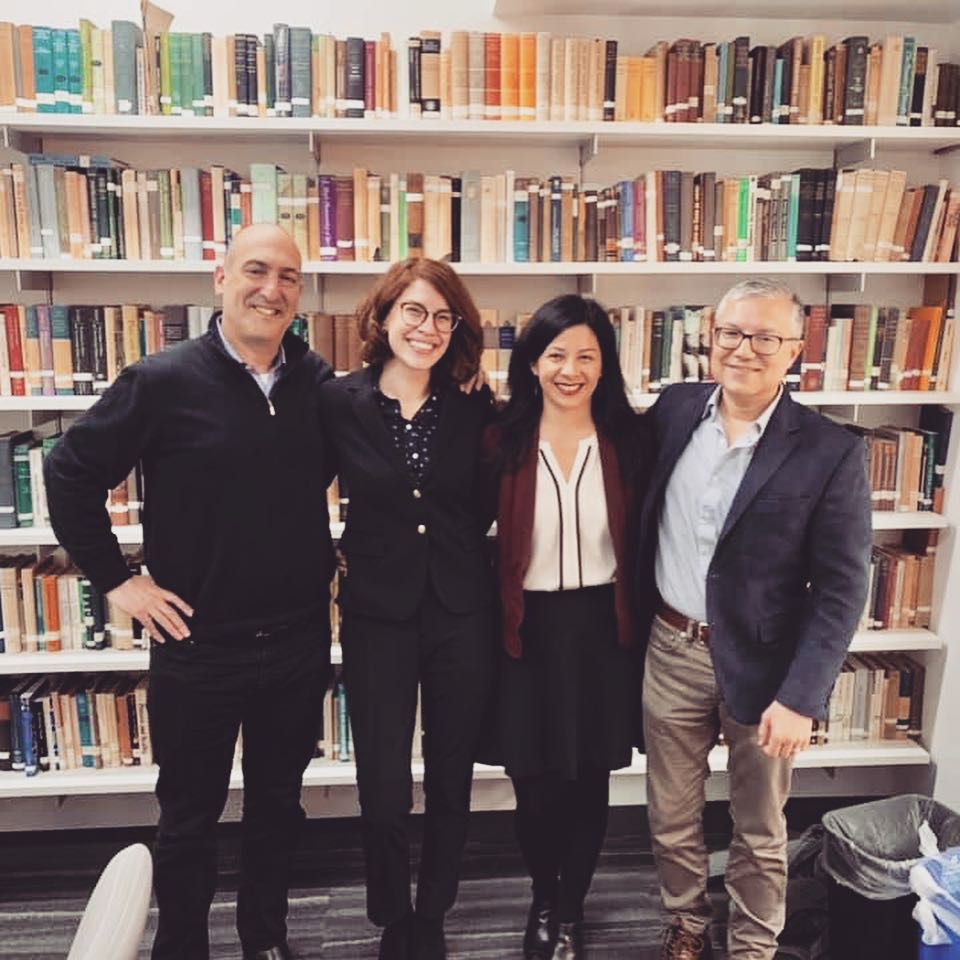 I’m a graduate student in the Department of Philosophy at Northwestern University. My area of specialization is social epistemology. You can read about me and my research and teaching in my spotlight interview and by navigating the menu!

Click here to view my CV in PDF format.

You can also learn more about the work I do with the Northwestern Prison Education Program here.

My research program is centered around the norms that govern our social world and how those norms shape our epistemic lives. This means looking at how the norms governing our relationships to one another, as well as the social institutions that shape our communities, can work either for or against our epistemic health. In my dissertation I show how those norms can be abused and eroded in ways that harm us specifically in our capacities as epistemic agents. I call this epistemic infringement and show how this concept can deepen our understanding of a variety of social phenomena, including phenomena familiar to philosophers like propaganda and gaslighting, as well as less familiar phenomena such as predatory grooming. Grooming is a type of epistemic infringement that has been at the heart of recent events like the Nassar case at Michigan State and the Sandusky case at Penn State. Click here to read my full dissertation abstract.

In addition to my dissertation research, I have several projects in development. My work continues to explore the ways in which norms—moral, social, and legal—bear on the ways in which our epistemic agency is shaped, fostered, or undermined.

In this paper, I argue that Facebook’s media strategy bears a striking parallel to predatory grooming. Grooming is an example of epistemic infringement: misconduct that works by contravening social and epistemic norms in a way that erodes epistemic agency, or the ability to autonomously marshal one’s epistemic resources. I argue that Facebook’s use of normative language, e.g., “user privacy,” “connectedness,” “free speech,” in maintaining its highly unregulated status, among other things, while also covertly and predatorily mining and selling user data, points to important conclusions about the epistemic implications of our collective relationship to Facebook. Facebook is bad for the flourishing of our collective epistemic agency: its marketing strategy functions by eroding our ability to healthfully marshal our epistemic agency, adjudicate our evidence, and form reliable and true beliefs.

There is a great deal of research on the psychology and sociology of persons disposed to commit hate crimes. Less scholarly attention has been paid to the victims. What is it like to have been the victim of a hate crime? In this paper I explore the harms incurred to individuals in their capacities as epistemic agents—in their abilities to marshal their epistemic resources healthfully—in the aftermath of a hate crime.

Hate crimes have the power to undermine epistemic agency through the distortion of the images that other people have of victims, and sometimes of the images that victims have of themselves. This paper explores the literature in psychology on intropunitive coping mechanisms (internalized self-loathing) and explores the relationship between our epistemic lives, our epistemic agency, and how we value ourselves and others. I argue that a significant part of healing from hate crimes is distinctively epistemic in two ways: victims of hate crimes describe a deep desire to understand both what motivated their assault (i.e., the specific animating beliefs of the perpetrator) and how the perpetrator came to have those beliefs. Understanding what is dysfunctional about the epistemic health of perpetrators can help to restore victims in their capacities as epistemic agents in two ways: first, in forming true beliefs about their experiences and their human value. And second, in the way that their own beliefs, now properly formed, may also be determinative of the beliefs of others about them

The “Adultification” of Children of Colour

Psychologists have found that boys and girls of colour are often judged to be older than they in fact are. A 2018 report from the Government Accountability Office reports that children of colour are disproportionately disciplined, and disciplined more harshly, in American public schools. This project explores the epistemic relationship between these empirical results. I argue that the error of regarding children of colour as grown or adult animates normative assessments of children of colour as being more morally responsible, as “knowing better”, and as thus worthier of punishment than white children. Along the way I explore social practices which further entrench these “adultifying” judgments of children of colour, such as placing criminally accused boys of colour in line-ups alongside adult men, arguing that these practices are fundamentally epistemically distorting.